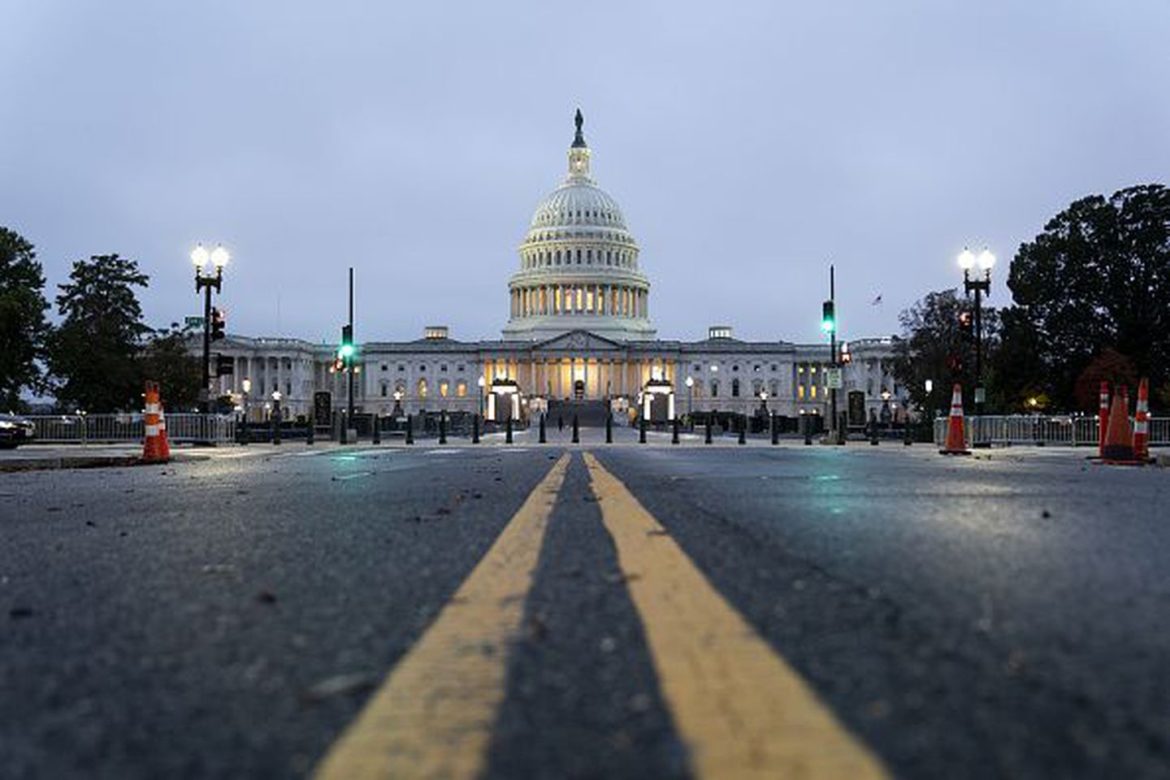 It was twilight. Cold January morning. I was pushed into a charter bus full of strangers (without masks), barreled along the freeway on a seven-hour pilgrimage to Washington, DC, and protested the outcome of the presidential election.

Call me a fanatic: I don’t care about Pentecost. I participated in local protests, equipped with backpacks, and no longer had to abandon my husband and four children in a 24-hour round trip, but like Mecca, the Capitol pull was too strong. I couldn’t resist. If I could sacrifice my body and more power could hear my anguish, I would be depressing if I were going to do it at the satellite altar instead of the central hub. I thought about it.

At dawn on the morning of January 21, 2017, my cohort was dropped off at the RFK Stadium, two miles from the Capitol, on the brink of what would be historic as the biggest one-day protest in US history.

Now, looking back at the election protests in Washington, DC on January 6, six people were killed, 120 were arrested, and the Capitol was bolted. The meaning of the march I attended four years ago becomes clearer.

I went to DC and realized that a man who talked very sneaky about women took the most powerful position in the world. Listening to playing cards repeatedly judges a woman by her appearance. It evoked the humiliation of a number of high school girls equal to the number from 1 to 10.

“Look at that face!” Trump ridiculed Carly Fiorina. “Sadly, she’s not 10 years old anymore,” he gave at Heidi Klum. “Photos deserve a thousand words,” he tweeted side by side with photos of Heidi Cruz at the moment of not taking a picture and Melania at the moment of airbrushing.

And I was worried that giving poster children the power to influence the lives of the victims of sexual assault I advocate for toxic masculinity would be an intolerable trigger for them. ..And that was Traumatic: After the Access Hollywood tape surfaced, the number of calls to the Crisis Center surged. By the time President Trump’s inauguration, my colleague who survived the child’s trauma had already moved to Canada.

As I approached the Capitol, when they approached it last week, I shared a lot mentally with some of the protesters who were probably suffering: broken heart, distrust, fear, betrayal, suspicion of malicious power.

A kind of soul jackhammer.

Something grabs you on the brink of bold action. Adrenaline beats jet lag. The gut whispers, but it’s hard to decipher what it says. The purpose has not yet been united. There is a heartbeat, an agency quest: marching, screaming, and moving physical frames into space. A strong urge to act.

Navigating strange cities among mobs is difficult and vulnerable. (Is it the silver, blue, or orange line that runs from 19th Avenue to Capitol South?) People who probe adjacent spaces, such as blind insects, pass through an ultra-sensitive antenna. Frown at the face and voice that seem to know the rope. Decipher clues from those who project authority, especially those in uniform.

My clever cohort when a credible and powerful person comes down from Marine One’s heavens and is driven by the urge to act according to the clear instructions to compete, invade and harm the traitor towards the building. How did you react? Among those who betrayed us. I think it was carried by the momentum of the crowd.

Funeral mourners have no desire for the wilderness.

It was almost impossible to move the physical frame forward, as the sardines were full along the route from the Capitol to the Washington Monument. So when the latest news from a distant stage traveled through the vines, we stood and were wedged: “Gloria Steinem is talking now!” “Scarlett Johansson is heading to Mike!”

At one point, my eyes turned to the view, which is the only open space directly above us, adorned with what looks like a stream of colorful Tibetan prayer flags. They are handmade posters like balloons that allow owners to express their pain and hope and receive verification, strength and support from the community.

One poster contained the words of Angela Davis. We are changing what is unacceptable. Another flower collage calmed down, “Take a broken heart and make art.” A visionary said, “You were fired in 2021!”

The purpose of my pilgrimage was united when I was standing with my neck hanging.

I spent a sleepless night on the bus and realized that I had shown clear and bold actions and never completed.

We were there thereIn those towering neoclassical white pillars, feeling the strength and comfort of the sanctuary we trusted welcomed us and cared about what we felt and had to say. increase. We were there — just like fellow citizens who gathered in the Capitol building on the same day — healed and strengthened by each other. I needed time to process and collect myself so that I could understand how to act, but that will happen later.

We were certainly not there to tear the place into small pieces. To get things back.

The last four years, and the past few weeks, have brought new meaning to the day, including the recognition that you may need to be completely stationary to move forward. And that meaningful momentum begins from the inside.

Above all, they are deeply grateful to the center of democracy along the Potomac River, where we can go and expose our hearts, and to the satellite capitols of all states.

And an ardent prayer that we can keep them all open.

About the author: Julie Vogel is a freelance writer and advocate for sexual assault prevention. Her next novel, Pind, set in the middle of a pandemic, is the story of a star high school wrestler who discovers new regrets and compassion after her childhood friend’s rape.