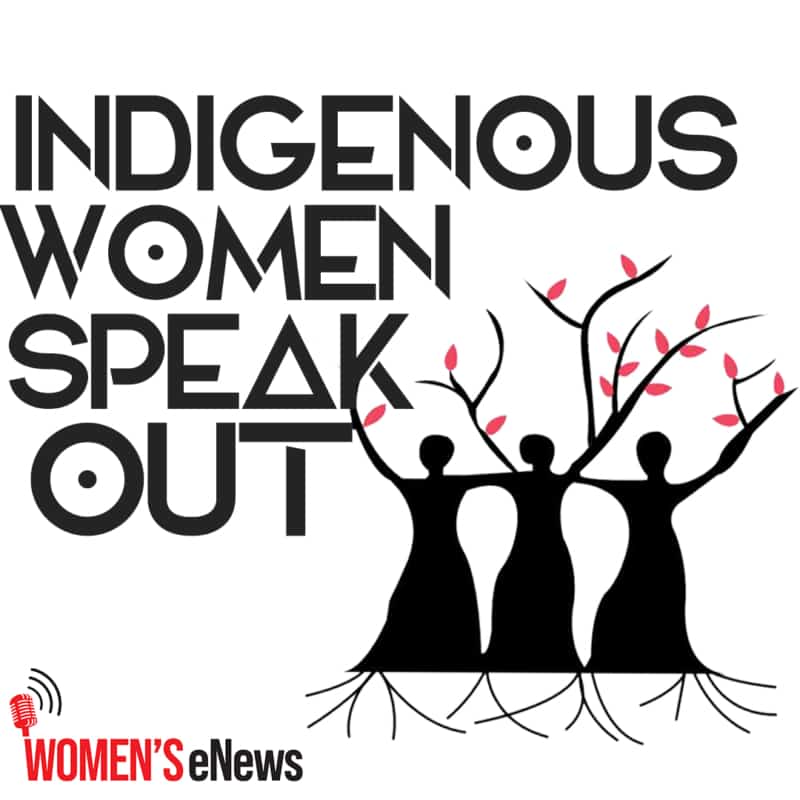 For too long, indigenous communities have been talked to and talked to. And hearing from them in their own words is a thing of the past. Indigenous women face extraordinary challenges. They are often unreported and are exponentially more likely to be victims of physical and sexual violence, where perpetrators are rarely tried. They also face disproportionate economic, political, healthy and cultural deprivation resulting from the continued influence of colonialism. However, few know that indigenous women play a leading role in the struggle for environmental issues, cultural protection, health and well-being, treaties and respect for voting rights. They also have unique and valuable places in many indigenous cultures and help reveal the lack of respect for settlers’ culture for the special wisdom of women.

Women’s eNews ” Indigenous women speak The series features monthly interviews with indigenous female leaders from the United States and Canada. It is led by Teresa Stack, Chief Editor and Producer, Honorary Chairman of The Nation, the oldest weekly magazine in the United States. All interviews in this series are conducted by professional journalists who are members of the indigenous community.

She may not be famous at least yet, but watch out for the world. Kylie Hunts-in-Winter, a descendant of four Sioux chiefs, is fighting to make her own name. A teenager from Arizona, whose paternal family is from Standing Rocks Reservation and whose maternal family is Scotland, Ireland, and English, is a champion martial artist who has participated in 200 tournaments in his younger life. The name of her Sioux is Brave Woman. Named after her third great-grandmother, this 18-year-old woman is ready to make her international debut not as a martial artist, but as an activist hosting a UN-approved side event later this year. I am.

Hunts-In-Winter is deeply concerned about the disproportionate violence experienced by indigenous women. United Nations side events focus on the crisis of missing and murdered indigenous women (MMIW).In the United States, statistics 4 out of 5 Native American women I am affected by violence. One in three Native American women has been sexually assaulted, and 67% of these assaults are by non-native hands. “It’s important to amplify the voices of those who are experiencing it first hand, those who live on the Indian Reservation,” says Hunts in Winter. “How do you stop this?”

Two ways to stop it are to encourage the use of self-defense and make safe choices. With these in mind, Hunts-in-Winter created a social media movement called Brave Woman. Through her Instagram account, @BraveWoman, she has attracted more than 58,000 followers by promoting self-development and safety. In addition to raising awareness through social media, teenage martial arts also teach free online self-defense classes.

Hunts-in-Winter wasn’t a victim of the crime, but she was at risk at the age of 15 when two men tried to push her into a van to help a woman who was suspected of being injured at a bus stop. I recognized. “They profiled me. I felt it was part of the plan. I need to be physically ready for anything, but it’s also important to be mentally ready. “Huntin Winter says. She also knows the victims, but many are still invisible, she says. “I know who reported the damage, but what about those who didn’t?” She added.

Hunts-in-Winter actually wants to represent the victims of her community one day. A top student at two online schools in Arizona, she recently enrolled at Harvard University, where she will study government and then attend law school. It seems that it is in her blood that she fights for others. She is already at the forefront of other indigenous movements such as the Dakota Access Pipeline Protest (#NoDAPL). This is a grassroots movement that began in 2016 to counter the construction of the Dakota Access Pipeline, an energy transfer partner in the northern United States. She and her father, Timothy, were highlighted by the news media during a protest in the capital of Arizona.

In addition, Hunts-in-Winter is working with other native youth to set Indigenous Day as a federal holiday on behalf of Columbus Day. Last year, during a pandemic, she joined a native youth-led advocacy group in Arizona, recognizing the contributions of indigenous peoples and promoting state holidays. “When I didn’t know how to help people, it was something I could focus on and have a positive impact,” recalls Hunts in Winter. Republican Governor Doug Ducey has signed a declaration approving October 12, 2020 as Indigenous Day. This group is continuously working with Arizona parliamentarians to make the changes permanent.

With red hair and fair skin, Hunts-in-Winter is very proud of her Dakota tradition. Her family regained the name of Hunting Winter after being changed to Winters by the federal government during the colonial era. “We remained true to the history of her family and regained her name to decolonize the Englishized name,” she says. And this name is held by four different chiefs of her family, and leadership is clearly in her veins.

Click below to listen to and watch the video podcast.